Robert Walker (1710-1777) operated an eighteenth-century cabinet shop in Fredericksburg, Virginia and worked in a partnership with his brother William Walker (d. 1750), with whom he emigrated from Scotland in the 1730's. William and Robert were trained in a Scottish system that prepared them as both builders and cabinetmakers. Evidence suggests that the Walker brothers collaborated on a number of significant building projects in Colonial Virginia, including Stratford Hall, the iconic Lee family home overlooking the Potomac River in Westmoreland County, Virginia. These commissions would have called for complex architectural ornamentation to the house interior as well as similarly executed furniture and accessories to match, that only master craftsman would be capable of producing. The Walkers were indeed such craftsman and continued to receive important commissions in the 1740's, culminating in William Walker's contract in 1749 to redesign and rebuild the capitol building in Williamsburg, Virginia, which had recently burned down. When William died a year later in 1750, Robert continued the business. For the next 27 years, Robert Walker operated a highly successful cabinet shop that catered to significant Virginia families, such as George and Martha Washington, and produced some truly significant pieces of early American furniture craftsmanship. The fairly substantial group of pieces that has now been attributed to Robert and William Walker was initially associated with the shop of Peter Scott in Williamsburg, Virginia, but has been recently and clearly identified through the scholarship of Robert A. Leath (Museum of Early Southern Decorative Arts) as, in fact, the work of the Walkers in Fredericksburg, Virginia. Today, Robert Walker is considered the premier Colonial Virginia craftsman. 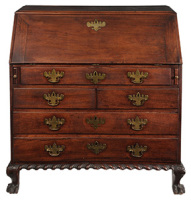 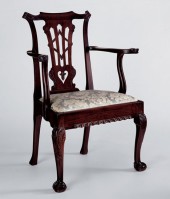 Confidentiality and discretion are assured.

For more information, please contact us by telephone, mail, or email at your convenience. There is no obligation.

At your home or other location  - we will come to you! 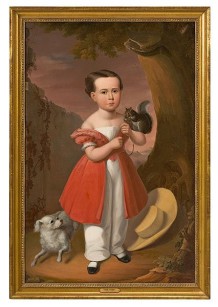